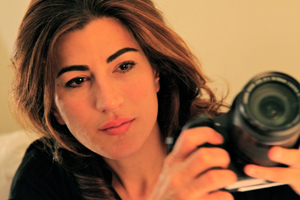 Accolades are stacking up for Jehane Noujaim's film that follows activists during the ongoing Egyptian Revolution.

Filmmaker Jehane Noujaim (pictured) has won a Directors Guild of America (DGA) award for her documentary The Square.

The film was up against The Act of Killing, Cutie and the Boxer, Stories We Tell and The Crash Reel in the documentary category and is also nominated for an Oscar. It was acquired by Netflix last fall and premiered on the VOD platform this month.

Noujaim, who is to speak at the Realscreen Summit this week, also won audience awards at the Sundance Film Festival and Toronto International Film Festival for the doc, which follows several activists during the ongoing Egyptian Revolution.