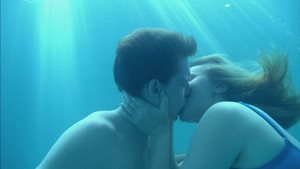 It’s sexy love story about a young lifeguard who falls for a mysterious older woman who swims every morning. The 2011 film premiered at Camerimage and was an official selection at SXSW that year — check out the trailer above, or watch the full release on the NSI website.

“Clear Blue was inventive and inspired: the perfect blend of craft and storytelling. Thanks to director Lindsay, there’s a maturity and soulfulness to the film, evident in the wonderful performances and in every scene,” said jury member Cam Bennett, producer with Manitoba Telecom Services TV, in a statement.

There is currently a call out for submissions for the second set of awards to be given out in 2014.