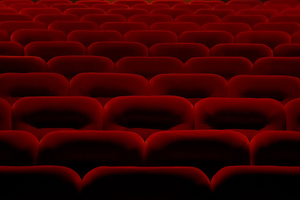 The newly inked joint venture will see both partners develop and produce movies, TV shows and digital content for a world market.

Producing original content for online platforms and mobile is an important part of the partnership, says Alexandra Raffe, head of production at Vancouver-based Thunderbird.

“When looking at the potential for adaption of the Soulpepper creative works, it’s clear that much material lends itself to a different and less traditional medium than TV or film. We’re looking forward to exploring the possibilities with Soulpepper,” Raffe told StreamDaily.

“This is a win-win. Albert is a visionary, Soulpepper is a hothouse for talent and Thunderbird intends to be a major force in original Canadian content,” Fecan, executive chairman of Vancouver-based Thunderbird Films, said in a statement Tuesday.

Fecan, who is also chairman of Sea to Sky Entertainment, introduced Schultz and Tim Gamble, Thunderbird president and CEO, who inked the multi-year development and production joint venture.

Their pact will start with a movie and TV series now in development and based on Soulpepper resident artist Ins Choi’s play Kim’s Convenience.

“We feel privileged to be working with them and are very excited about the synergy between the two companies,” Gamble said of the partnership in his own statement.

Schultz, whose film and TV credits include Copper and Shades of Black: The Conrad Black Story, founded Soulpepper 16 years ago as a marquee live stage producer in Toronto.

From Playback Daily, with files from Melita Kuburas.