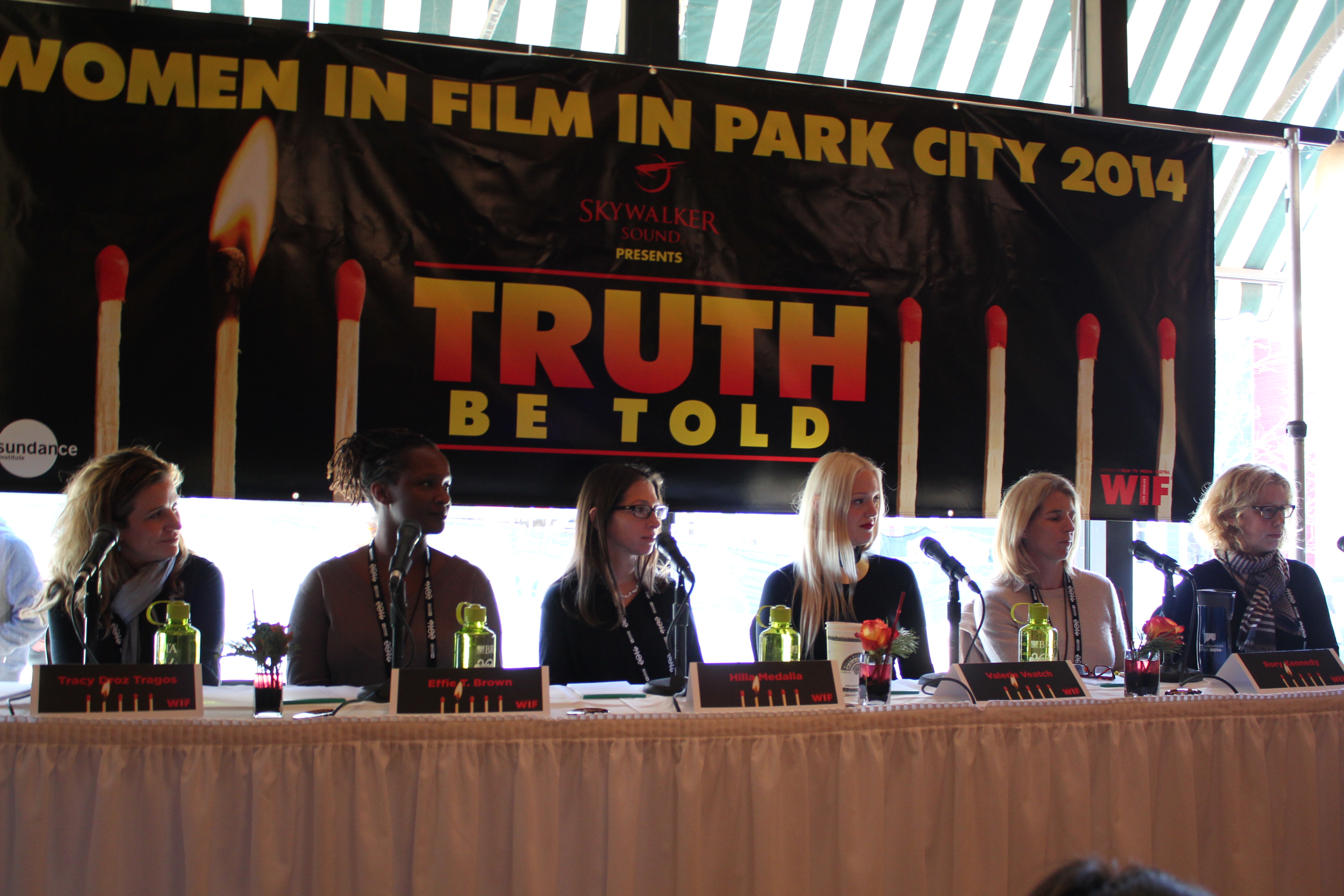 Director Rory Kennedy says social media outlets such as YouTube and Facebook could be used to level the playing field for female filmmakers.

Director Rory Kennedy took aim at sexism in Hollywood, as the filmmakers behind five Sundance docs gathered at a Women in Film-organized panel session in Park City to discuss the challenges facing female directors.

The ‘Truth Be Told’ session, which was WIF’s eighth annual panel to be held at Sundance, was moderated by producer Lucy Webb and featured the filmmakers behind Last Days in Vietnam, Love Child, Web Junkie, Rich Hill and Captivated: The Trials of Pamela Smart; as well as Effie T. Brown, the director of narrative film Dear White People.

The session saw the panelists discussing the challenges women face in the doc and fiction realms, and the disparity between the two. “We live in a sexist world and Hollywood is at the heart of it,” Vietnam director Kennedy told attendees. “Hollywood is a sexist world.”

Brown, meanwhile, offered that social media outlets such as Twitter, YouTube and Facebook could be used to level the playing field for female filmmakers. “These are the tools that laypeople can use, that we can’t get blocked from,” she said, observing that in the Hollywood studio system, “a lot of the gatekeepers are old white men.”

The session saw each filmmaker briefly discussing their Sundance title. Kennedy’s focuses on the tail-end of the America-Vietnam war, when the U.S. decided to pull its troops out of the country and abandon the South Vietnamese who had been fighting alongside them.

Kennedy said the film had parallels to the more recent American wars in Iraq and Afghanistan, which – as they drew to a close – saw Afghani and Iraqi interpreters who had collaborated with American troops being left behind to fend for themselves.

The film will look at “the people who went against U.S. policy to evacuate South Vietnamese, in the face of that makeshift evacuation,” she added.

Beyond Vietnam, Kennedy also offered a first glimpse of her next documentary project. “I’m actually doing a film about women in politics right now for PBS, as part of a broader series that they’re doing,” she said, referring to the next run of six docs in PBS’ ‘Makers’ series.

Meanwhile, Love Child producer-director Valerie Veatch discussed the way her film tackles “a collapse between the real world and the digital world,” describing the space in-between as being “this new ontological third world.”

“China is the first country in the world to declare Internet addiction as a clinical disorder,” Medalia offered.

She added that while alcoholics could cut themselves off from their addictions completely, “we need the Internet for our everyday life; we need it to get a job, to stay informed? with drugs you can just stop, but with the Internet you can’t.”

Rich Hill producer-director Tracy Droz Tragos discussed the way her film looks at poverty, while Lori Cheatle, the producer of HBO’s Captivated: The Trials of Pamela Smart, discussed the way the mainstream media in the U.S. controlled the discourse around the titular subject of her doc.

Droz Tragos said one of the aims of her film was “dispelling the myth of the rugged individual, the belief that if they just pull themselves up by their bootstraps and work hard, they have the same shot as the rest of us.”

She also discussed her approach of seeking out the positives in the story. “The most incredible thing is that these families have a lot of love, so there’s a lot of hope,” she said, adding that she had to work to strike a balance between several key stories.

“We struggled with not overpopulating [the film],” she said. “There were so many stories that we could’ve included; there were many other stories that we left on the cutting room floor. But audiences want to have a hero.”

Kennedy agreed with the latter point. “You’ve got to narrow the story,” she said, “and find individual stories to represent the broader stories.”

Elsewhere, Cheatle discussed the role the media played in portraying Pamela Smart, who is serving life in prison after being convicted in 1991 of being an accomplice to the first-degree murder of her husband.

“All of these [media] stories created this image of a woman,” she said, “but I really needed to find out what was real or what wasn’t real. After 24 years, the media has created a story, but there’s a story that no one really knows.”

The WIF event also saw the organization giving grants to a number of documentary projects. Women in Film Los Angeles granted US$1,000 to Cynthia Hill’s doc Private Violence and $1,000 to the doc short One Billion Rising, while also giving $5,000 to Droz Tragos to support outreach for Rich Hill.