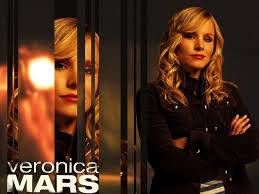 Video-platform Vimeo aims to further disrupt the traditional film distribution model, which has already been rocked by Kickstarter and others.

Big news out of the 2014 Sundance Film Festival for crowd-sourcing-minded filmmakers:

Video-platform Vimeo aims to further disrupt the traditional film distribution model, which has already been rocked by Veronica Mars (pictured), Kickstarter and many other crowd-sourced platforms and projects, and this time it aims to do it with services and free exposure.

Vimeo is launching a $500,000 program aimed at supporting crowd-funded films, the company said Thursday, on the opening day of Sundance, in Park City, Utah.

Here’s how it will work: The half-million-dollar Vimeo Audience Development Fund is open to any filmmaker with a distribution-ready film, as well as $10,000 or more in funds already raised on a crowd-funding platform.

Vimeo will give qualifying filmmakers a minimum of $10,000 in marketing services in exchange for an exclusive digital premiere window for distribution on Vimeo On Demand. That window will vary from filmmaker to filmmaker, on a “case by case basis,” according to the company. Currently, Vimeo on-demand exclusivity often runs for 30 days or more. Vimeo also will partner with these filmmakers to create campaigns on and off Vimeo.com to broaden film exposure and grow audiences. They also offer a one-year subscription to Vimeo PRO, which currently goes for $199 per year.

Even though the Vimeo crowd-funding project itself is brand new, there are already “many, many” eligible filmmakers on Kickstarter alone, a Vimeo spokesperson told Playback.

“Vimeo is committed to empowering filmmakers with the world’s best platform for direct distribution,” said Greg Clayman, Vimeo general manager of audience networks, in the statement. “While crowdfunding has changed the game in getting films made, Vimeo is taking the next step supporting filmmakers to get their work seen and purchased on Vimeo and across the web.”

Currently, there are more than 5,000 films on the Vimeo On Demand platform, which launched in March 2013, according to the company statement. Vimeo also has secured exclusive Video On Demand digital rights to 10% of the films that made their world premiere at the recent Toronto International Film Festival.

Qualifying filmmakers interested in having their work considered for the Vimeo Audience Development Fund can email crowdfunding@vimeo.com for more information.