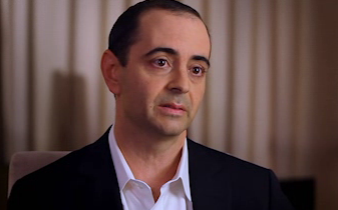 Tuning into TV accuracy in the online video ad world

With the increasing number of original internet series from providers like Hulu and Yahoo, internet programming is looking more and more like network TV. So it makes sense that one of the big selling points in BrightRoll’s recently announced integration of Nielsen Online Campaign Ratings into its three-month software console — a customizable user interface for planning, executing and optimizing digital video advertising — is that it will provide digital clients with “more of an apples to apples comparison” to broadcast and cable TV ratings, according to BrightRoll vp of marketing Tim Avila.

“TV advertisers are very familiar with Nielsen,” Avila says. “Many advertisers’ market mix models incorporate GRPs based on Nielsen. Incorporating Nielsen data into the BrightRoll console enables our clients/advertisers to use the same measurement company across their TV and online buys.”

It’s an important connection to make, because, although ad buyers are increasingly embracing digital, collectively, they still spend more like “Mad Men” than Millennials.

Avila also points out that digital metrics measure the people the ad is reaching, while traditional TV ratings merely measure the popularity of the show carrying the ad. With the BrightRoll’s new console, ad buyers can target sites with pinpoint demographic accuracy.

“When you log in to our console today, you’re able to see every single site that you could buy transparently, and you’re able also to set a minimum threshold of audience composition that you’re seeking,” Avila boasts. “With the day-by-day real-time feeds from Nielsen coming into our platform, advertisers can make sure that they’re spending their dollars as wisely as possible in the areas and against the audiences that they’re trying to reach.”

Avila says the improvement in ad metrics might lead to a rise in CPM rates.

“The value of advertising is, in part, defined by its efficacy,” Avila says, and “as ad spending becomes more effective, advertisers want to buy more of it. I would not necessarily forecast CPM increases for online video, but specific publishers with strong audience compositions are likely to see gains.”

“I think you’re likely to see (the new standard) in probably the first half of 2014, and certainly within the year,” says Avila, who served as co-chair of the IAB committee to define online video ad format standards in 2007 and 2008. “It’s going to give advertisers that final piece of the puzzle to have complete confidence in the audiences they’re reaching and the engagement they’re getting.”

According to a report released by the Interactive Advertising Bureau (IAB) last year, online advertising spend in the U.S. increased at a compound rate of 20% each year over the preceding 10 years. But TV ad spending has been increasing as well, and as of 2012, it still accounted for 62.4% of all the ad dollars spent by major agency holding companies, according to a 2013 report by the Standard Media Index. Furthermore, a 2012 report by Kantar Media found that 77% of U.S. national brands that advertise on TV weren’t doing any online video advertising at all.