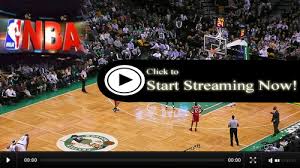 Subscription streaming spending in the U.S. rose to $3.2 billion in 2013, according to a Hollywood industry group.

Subscription-streaming spending by U.S. consumers rose a sharp 32% to $3.2 billion in 2013, according to the Digital Entertainment Group, a consortium of Hollywood studios and electronics giants that released its preliminary year-end-2013 report earlier this month.

That substantial subscription-streaming increase is not surprising, because 2013 also marked a sea change for subscription streaming: For the first time a streamed series, House of Cards from Netflix, was nominated for a major category Emmy Award, while Hulu, AOL, Crackle and others also made major bets on original streamed series with A-list-Hollywood-level participants and budgets.

Digital sales of movies and TV shows also had a spectacular jump, up 47%, to $1.2 billion.

In another sign of the continuing entertainment transition from bricks-and-mortar to online, disk sales fell 8% to $7.8 billion, while rental revenue fell 5% to $6.1 billion.

Total consumer spending for home entertainment rose to $18.2 billion, up just under 1.0%. According to DEG, “results were boosted by the growing awareness and acceptance of digital services and products offered by both online and brick and mortar retailers.”

DEG describes itself as a Los Angeles-based, industry-funded nonprofit that advocates and promotes the many consumer benefits associated with various home entertainment products, both physical and digital.