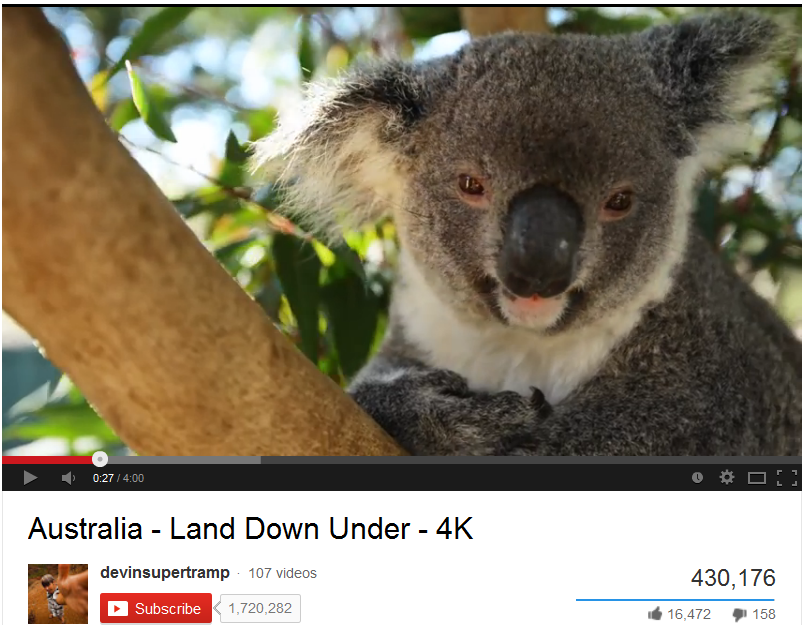 At CES, YouTube and Google are putting their muscle behind video format VP9, which provides HD quality video at a fraction of the previous bandwidth.

When the estimated 140,000 attendees pass through the doors of the Las Vegas Convention Center doors this week for CES, as the mammoth annual Consumer Electronics Show is known these days, the hottest booths are widely expected to include the ones showcasing so-called 4K, or Ultra HD, TV sets, from Panasonic, Samsung, Sony and others.

YouTube and Google are putting their muscle behind the new video format called VP9, which provides HD quality video at a fraction of the previous bandwidth. And that means that annoying buffering may soon be a thing of the past.

“That’s techno-speak for letting you watch that awesome HolaSoyGerman video from your phone in HD even as you get barraged by Snapchats, see the fine detail of finger painted Morgan Freeman even on a slow web connection, or one day, watching Devin Supertramp’s Australia montage in 4K from your shiny new big screen TV without crushing your home network.”

Last year Netflix added some 4K videos to its library, and the streaming service has announced the second season of House of Cards will be available in 4K to select users. Despite the push from these major entertainment companies however, the Ultra HD format has a long way to go before making it into the mainstream. Barriers include the cost of TVs and lack of native 4K content.

For the CES demo, some “epic videos” were created at YouTube Space LA with filmmakers/YouTube stars Devin Supertramp and Wren The Reaper; Internet celebrity Sam Tsui; and brands like Audi and Red Bull, Varela said.

A video filmed in 4K was posted on Devin Supertramp’s YouTube channel last October (screengrab above). It features stunning scenery and animals in Australia so check it out, even if you don’t have a 4K TV: