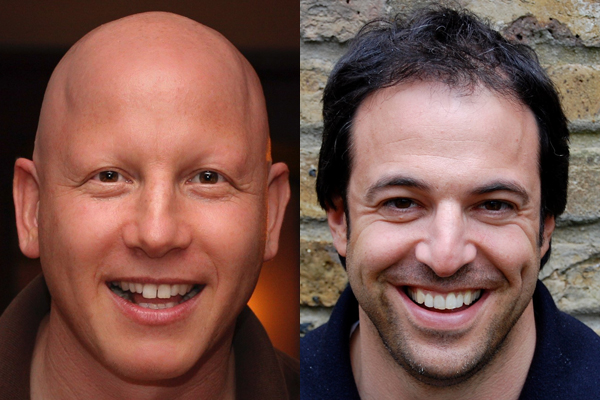 Under the Lightbox banner, the Chinns – who are cousins – will make a series of films for Xbox Entertainment Studios about the start of the digital revolution and how the digital age was born.

The first film in the series investigates the events surrounding “the great video game burial of 1983,” an urban legend that the Atari Corporation, faced with overwhelmingly negative response to ET the Video Game, buried millions of unsold game cartridges in the middle of the night, in the small town of Alamogordo, New Mexico.

Each film will be helmed by a different director and will range from an hour to feature-length, with Zak Penn (X-Men 2) signed on to direct the first film.

“Jonathan and Simon Chinn are the perfect team to spearhead this series for Xbox,” said Nancy Tellem, president of Xbox Entertainment Studios. “They are consummate storytellers and they plan to match their creative sensibility with the best talent in the industry.

“These stories will expose how the digital revolution created a global democracy of information, entertainment and commerce, and how it impacts our lives every day.”

Simon Chinn is best known for the two Oscar-winning documentaries he produced – Man on Wire and Searching for Sugar Man – while Jonathan has won an Emmy for American High (Fox/PBS) and the Television Academy’s Honors Award for 30 Days (FX).

Simon already has an existing prodco – Red Box Films – which will be “strongly aligned” with Lightbox, the cousins said. The new indie will be based in London and LA and is represented by CAA and Jeanne Newman at Hansen Jacobson LLP.

“Our careers have taken different paths, but we have always had a strongly shared sensibility and approach to non-fiction,” said Simon, “mine at the more commercial end of feature documentary, Jonathan’s at the more thoughtful end of reality.”

Jonathan added: “With so many new distribution opportunities now available, our ability to combine the highest quality content with broad commercial appeal will, we hope, make us stand out for a whole array of buyers hungry for the best in non-fiction programming.”

For the as-yet-untitled first film in the series, the landfill will be excavated by Fuel Entertainment and documented by the Lightbox team, with the resulting documentary not only following the excavation, but also placing the urban legend of the burial in the context of the rise and fall of Atari itself.

Shooting begins in January and the series will air exclusively on Xbox One and Xbox 360 consoles in 2014, available globally in all markets where Xbox Live is supported.