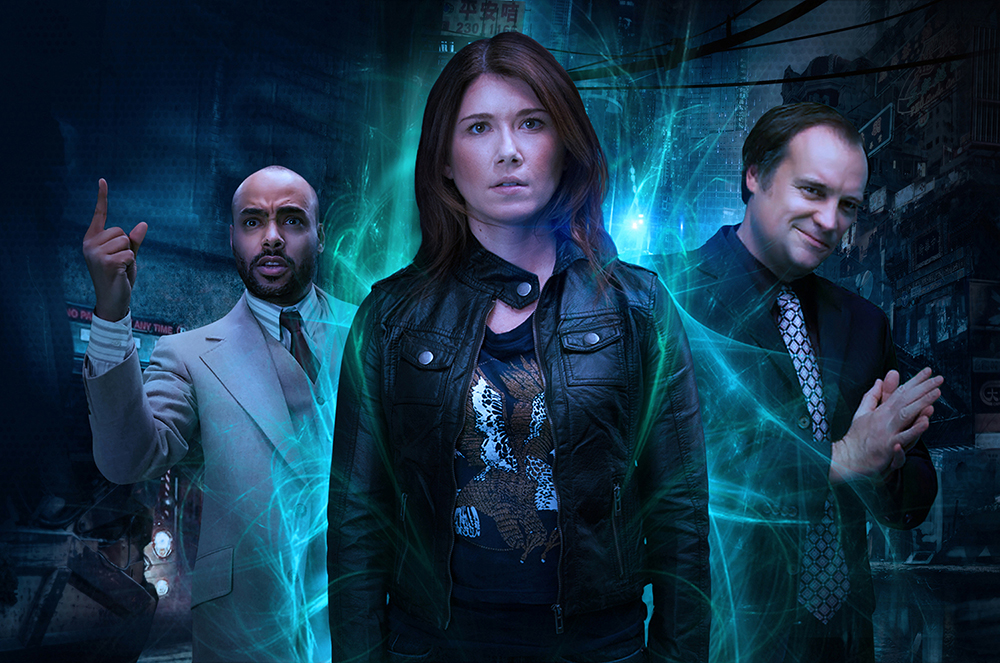 The VP digital and creative director at the Shaftesbury company discusses strategy around the four series headed to the U.S. streaming platform. (Pictured: State of Syn.)

As well, two tween properties  — the adventure series Unlikely Heroes and musical comedy Totally Amp’d — will roll out over the next three months.

The shows are hitting interesting demographics: tweens, youths and adults under 34 years of age.

Content quality is what made those shows attractive to Hulu, says Jay Bennett, VP digital and creative director of Smokebomb Entertainment, a division of Shaftesbury. But transmedia elements also likely worked in their favour.

“Three of those four properties come with digital extensions around them,” Bennett explains.

State of Syn, pictured, will see its story extend to a Google Glass app, slated to launch in March. Smokebomb was chosen to be part of a program where developers create content for wearable technology devices — a collaboration with San Francisco-based Mind Pirate and Canadian Film Centre’s ideaBOOST.

The app will most likely be free, as Bennett doesn’t think it’s wise to put a price barrier on content that’s hosted on such a new piece of technology.

“I’m looking at these projects as a calling card for future creative concepts we’re trying to develop, finance and launch both here and in the U.S.,” Bennett tells STREAM. “For me, it’s not necessarily about these projects going in and driving all this revenue.”

Rather, the priority is for audiences to build and tie that content and that quality back to Smokebomb and to Shaftesbury, he adds.

Unlikely Heroes (8 x 5 minutes), which is about a techno-nerd Wes Biggs stuck on a hike through the woods with his best friend and an assortment of oddballs, is complemented by iOS companion app that features a puzzle-adventure game.

Totally Amp’d (10 x 6 minutes) tells the story of a group of musically talented teens who are brought together to become the next big pop group. A companion app also features interactive activities is available for all iOS-enabled mobile devices. Both series currently live on YTV.com.

“It’s a really cool opportunity to get American eyeballs to those shows but also drive them towards the second-screen app experiences,” Bennett says of the Hulu deal.

Created, written and produced by Boland (Reign) and co-created, directed and produced by Gail Harvey (Lost Girl, Murdoch Mysteries), the critically acclaimed Long Story, Short follows a 21-year-old woman and her two best friends as they navigate messy relationships, bad dates and drunken mishaps. The series was acquired by Shaftesbury for Smokebomb’s digital slate and is produced with the participation of the Independent Production Fund.