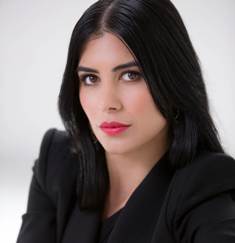 Reaching a milestone of 100 million subscribers to its multi-channel network and securing a major investment from RTL Group, Broadband TV was named Playback's Digital Company of the Year.

Specifically, she knows that there are optimal times to deploy content online depending on different variables, which leads to assets that are more watchable, shareable and most importantly, monetizable.

It might seem counter-intuitive that in the digital age, where the traditional TV schedule matters less in the face of PVR and online streaming, that content creators should focus on timing.

But optimizing online content based on time of day is one of the pillars of BroadbandTV, the Vancouver-based company Rafati founded in 2005. Now the world’s fourth-largest YouTube multi-channel network (MCN), BroadbandTV offers a suite of proprietary solutions that help content creators make money and gain visibility in the glut of online content.

This year has marked a tipping point for Broadband. In June, it announced it had secured a $36.7 million investment from Luxembourg-based European entertainment network RTL Group in exchange for a 51% stake in the company. This fall, it announced it had hit the milestone of over 100 million subscribers to its network channels and more than one billion monthly views. Its network now counts 12,500 channel partners on its roster.

The milestone marked a sweet success for Rafati, who first saw an opportunity for distributing video content over IP around the same time that Voice over IP (VoIP) was emerging. Her idea was to work with premium content creators to distribute their content online – a novel concept before digital content streaming and VOD services became commonplace.

“We really had to define revenue models and in particular, consumption behaviours in terms of the content we were licensing,” Rafati recalls.

In 2005, BroadbandTV became the first Canadian company to offer TV-on-demand through a broadband internet connection, available across Canada and 50 states. The service, marketed as complementary to regular cable services, was offered through a proprietary set-top box that also let users download up to 200 hours of free and pay-per-view content. As the online video space exploded following the launch of YouTube, Rafati says the type of content being uploaded to online platforms shifted to more fan-uploaded content and fan-uploaded copies of premium assets like, for example, an NBA game or American Idol clips.

BroadbandTV developed solutions to put content owners and media companies back in control of their IP, including new revenue streams for content owners through monetizing the fan-uploaded content through associated ad revenue. The company’s VISO NOVI software finds, optimizes, protects and monetizes that content by placing ads alongside it, and is used by clients including the NBA, Discovery and A+E.

As online content shifted towards original assets, BroadbandTV looked to monetize that content by offering ad sales capabilities and cross-promotional opportunities across its multi-channel network, which is comprised of two content streams: VISO, a network built on five niche verticals, and TGN, a network and community for gamers.

The company has created algorithms that optimize keywords, schedules, thumbnails and meta-data, and listening modules that help creators listen to the conversations around their content. Optimizing meta-data on an ongoing basis is important because “what is trending today is going to be different than what is trending a week from now,” Rafati says, adding as further example that a thumbnail-optimized video typically sees 30% more viewership than a non-optimized video.

In November of this year, it announced a new production program for its MCN partners, through which it will fund, and in some cases coproduce, content from its channel partners. Going forward, BroadbandTV’s focus is global expansion, Rafati says, referencing the RTL’s international presence.

“We share the same vision as we look at the next generation of TV and the market. As we roll out BroadbandTV in international markets, they have global reach,” she explains. 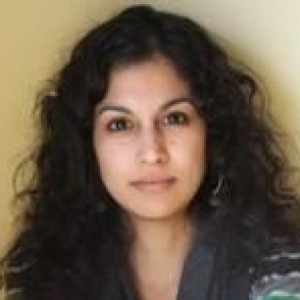